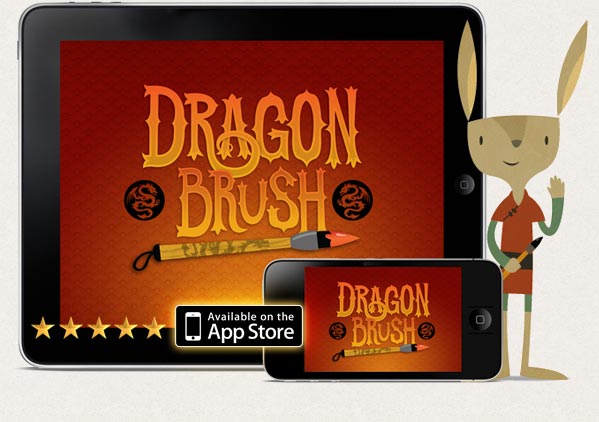 This app is an excellent model of how to create an immersive storytelling experience on the iPad.Helen Dineen, capptivatedkids on February 14, 2013

Dragon Brush embodies all that the Cybils stands for: an excellent story that draws children back to it again and again.Mary Ann Scheuer, Great Kid Books on January 2, 2013

Dragon Brush is exemplary in its use of storytelling, animation, and technology.Daily Candy Kids on June 05, 2012

Dragon Brush deserves a spot on every family’s digital book shelf.Emily at padgadget.com on June 14, 2012

Using what feels like mystical ingenuity it takes interactive storytelling to a new level.new-startups.com on May 30, 2012

A luscious new digital children’s fable.Lisa Caplan at appolicious.com on May 28, 2012

Dragon Brush is, if nothing else, a testament to thoughtful and holistic functionality.elizabethstreet.com on June 21, 2012 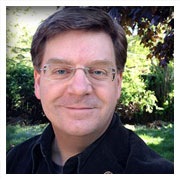 When I was a boy my two favorite things were funny stories and magic shows. Later, when I became a father my most favorite thing was reading picture books to my own son and daughter. Sharing a story and bringing the images to life with your imagination is a special kind of magic all its own. This is the heart of Dragon Brush, especially if you have an iPad. Be sure to try it together, With a little one snuggled next to you, mute the narration and read aloud for them as they touch and tap to move the story along.

I’m lucky to have a good friend like John Solimine, with his amazing talents, to work his magic and help turn my favorite folktale into a new kind of storybook experience. And, I’m forever grateful to the crew at small planet for taking my creation, code, and animation to the next level and beyond!

Andy lives in Evanston, Illinois with his wife, daughter, and son in a house full of good books and happy animals.  A full-time professor, he is Department Chair of Web Design & Development at Harrington College of Design, and card-carrying member of the International Brotherhood of Magicians, Order of Merlin (seriously, there is such a thing!)